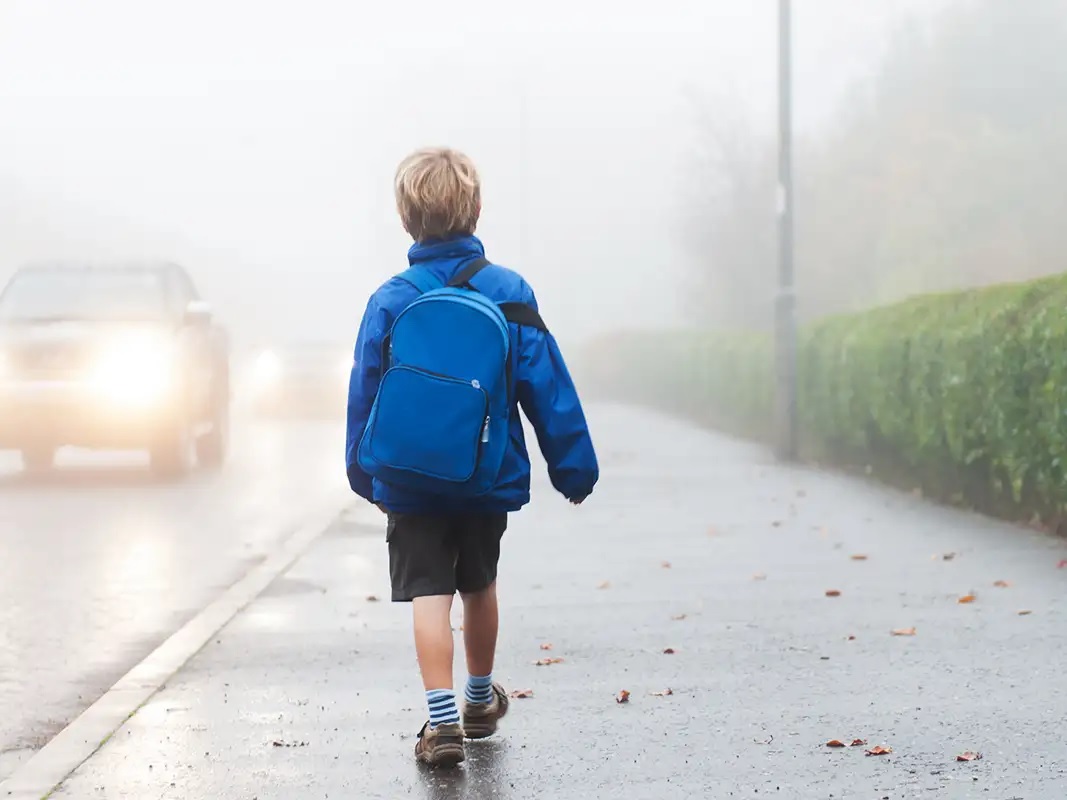 A 28-day, two-year study conducted in the US focused on establishing a link between air quality and fatigue and distressed teenagers. It specifically examined how periods of low air quality affected pre-teens and teenagers between 10 and 19 years old.

Conducted in California’s Los Angeles County, the study collected self-reports covering the years 2009 to 2011 and involving 422 adolescents from the Mexican-American community. The respondents reported increased levels of fatigue and emotional distress after exposure to excessively high levels of carbon monoxide (CO) and nitrogen dioxide (NO2).

Additional findings indicate that the biggest fatigue contributor is NO2. While CO did not have the same effect on the respondents’ fatigue levels, it did heighten their emotional distress.

The report was published in Nature, a London-based weekly scientific journal.

Adolescents are known to be moody, and air pollution might have something to do with this.

According to the research, air pollution can affect adolescents’ moods indirectly or through biological pathways. For example, when there is inflammation, the body easily tires and can feel fatigued. Air pollution is known to increase blood circulation inflammation, which can lead to depression, anxiety, and exhaustion symptoms not only in adolescents but in adults as well.

Exposure to toxic air also impacts autonomic, neuroendocrine, and immunological pathways that are essential for rest and sleep.

Another vital finding that researchers lifted from the study is the fact that adolescents with symptoms such as shortness of breath, stomach ache, or headache are more sensitive to air pollution and its effects.

The problem with air pollution

Over the years, air pollution has developed into a global problem that affects all sectors of society. It doesn’t matter where you live, how old you are, or what your beliefs are—you are regularly exposed to toxic air in your day-to-day activities.

In the UK, early deaths linked to air pollution are estimated at between 28,000 and 36,000 per year. The World Health Organization (WHO) has placed the number of premature deaths around the world at seven million per year, and around 600,000 of these are children below 15 years old. Millions more are suffering from chronic illnesses caused by air pollution.

Pollutants are everywhere. They can come from natural sources and human ones as well, including road transport, specifically diesel vehicles. They emit toxic fumes that contain fine particulate matter (PM2.5) and nitrogen oxide (NOx); the latter has nitric oxide (NO) and NO2 as main components.

Other pollutants include ozone, SO2 or sulfur dioxide, NH3 or ammonia, NMVOCs or non-methane volatile organic compounds, and CO. Domestic heating, energy generation, farming, and industrial processes are the other pollution sources aside from diesel vehicles.

Air pollution affects a person’s overall health, particularly the respiratory system, lungs, and the heart and its blood vessels. If the exposure is only for a couple of hours or days, the impacts often include shortness of breath, hospital admissions related to cardiovascular and respiratory issues, decreased lung function, and aggravated asthma.

Long-term exposure (i.e., years) to air pollution often results leads to lung cancer and respiratory and cardiovascular diseases. There have also been studies proving a link between air pollution and a decline in cognitive abilities, which can lead to dementia. The most devastating impact, however, is reduced life expectancy or premature death.

Anyone exposed to NOx emissions will experience the health impacts above. NOx also damages vegetation by making crops and plants weak. It also produces pollutants such as ground-level ozone, acid rain, and smog.

Diesel vehicle emissions have been in the news since the start of the Dieselgate diesel emission scandal in 2015.

The Volkswagen Group got the attention of the United States Environmental Protection Agency (EPA) and the California Air Resources Board when they allegedly fitted their Audi and VW diesel vehicles with defeat devices. These devices are used to detect when a vehicle is in the lab for testing so they can bring down emissions to within the WHO-mandated levels.

To the regulators, the vehicle looks clean, safe, and emissions-compliant. However, once it is taken to and driven on real roads, it emits extra elevated levels of NOx. So it is a pollutant. Volkswagen deceived their customers by selling them a high emissions vehicle at a premium price.

Volkswagen is not the only carmaker implicated in the diesel emissions scam; many others are, including Mercedes-Benz, BMW, and Vauxhall. The Vauxhall emissions scandal started recently although its sister brand Opel was implicated years earlier.

These carmakers should be held responsible for their actions, which is why car owners are urged to take legal action against them. Making a claim is the ideal thing to do.

How do I make my diesel claim?

An emissions claim will give car owners an opportunity to be compensated for the inconveniences brought about by the defeat device. If you bring a claim against your carmaker and are successful, you can get thousands in compensation. Your manufacturer can also have your affected vehicle recalled so it can be fitted with the correct engine.

However, not everyone with a Vauxhall (or VW, BMW, or Mercedes) is eligible to make a diesel claim. You’ll have to have your eligibility verified first. Get in touch with ClaimExperts.co.uk to get all the information you need to start your claims process.

What is it like to work as a nurse?

As the biggest profession in healthcare in the United States, nursing is often referred to as the heart of the hospitality sector. According to a ... Read More

Extraordinary dental wellbeing ought to be essential to each wellbeing cognizant person. Periodontal illnesses have been connected to cardiovascular failures, strokes, and untimely births to ... Read More

NEWER POSTPsychiatric nursing in the community: What to expect
OLDER POSTKEY CONSIDERATIONS FOR BUYING MEDICAL SCRUBS